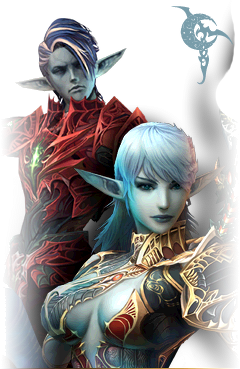 Dark Elves excel at the dark arts, including death magic and shadow empowerment. Dark Elves were once part of the Elf race. They split off to pursue their worship of Shilen and dark magic, but Shilen proved to be too evil, and the Dark Elves now stand on their own.