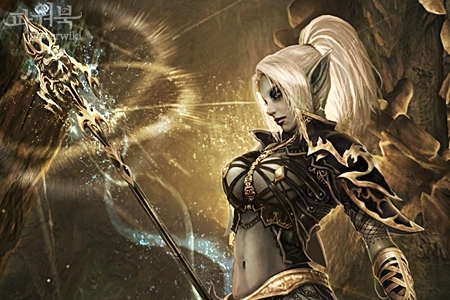 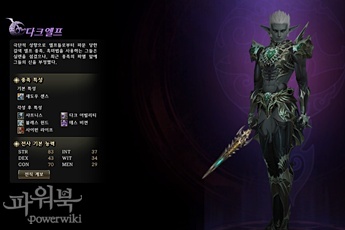 Dark Elves train to protect their forest and their race from enemies among monsters and even other races. Dark Elves with strong bodies and mental clarity tend to become Dark Fighters.

Play style: Dark Fighters are dangerous close-combat fighters who rely on their speed and agility to give them an edge in battle. Letting down one’s guard when facing them may lead to a quick and painful death from their flashing cold blades. 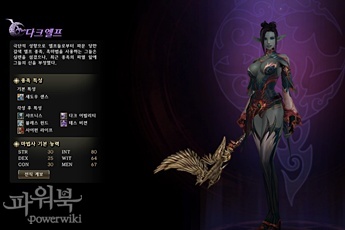 The Dark Mystics are apprentices in the field of magic training to become powerful wizards. They wear robes and carry staves. Dark Mystics can use basic attack magic and white magic.

Play style: Dark Elf Mystics are infamous for their ability to command dark magic. They relish their powerful attack spells that can smite an enemy with a single word. Some say that their innate magical abilities can surpass even those of the Elves.

Retrieved from "https://lineage2.fandom.com/wiki/Dark_Elf_Classes?oldid=5085"
Community content is available under CC-BY-SA unless otherwise noted.