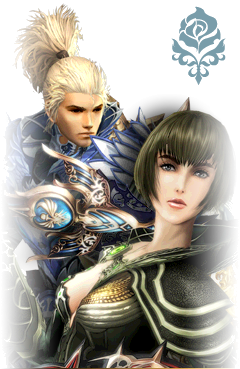 Humans are the most diverse and capable of all the races. They have the most balanced stats and the largest selection of available classes. Although Humans were created by Gran Kain, they worship Einhasad, the Goddess of Light.

Humans in Lineage II are similar to Humans in the modern world. Humans currently have the greatest dominion in the world and the largest population.

Special Abilities of the Race: Although Humans do not possess any special abilities, their strong point is the fact that they can transfer to the most specialized classes.

Only male Human characters can be Death Knights. You may choose the color of your flames when creating the character (visual effect only).

Death Knights can't use the Beauty Shop or modify their appearance. They can, however, modify the appearance of items (weapons/sigils) and use transformation skills.

Death Knight can only be chosen as the main class.

When a dual class is added to Death Knight, the male Human appearance is used. After switching to a dual class, you may use the Beauty Shop and modify your appearance.

The male Human model is used when taking part in competitions that affect appearance like the Ceremony of Chaos or the Conquest.

When a Death Knight equips a shield, it's not shown. 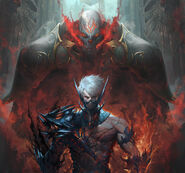