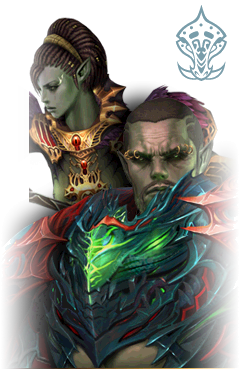 Orcs were created by fire to be a race of undying strength and stamina, worshiping the God of Fire, Pa'agrio. Once servants of the Giants, Orcs are powerful warriors and shamans.

Orc Female
Add a photo to this gallery

Retrieved from "https://lineage2.fandom.com/wiki/Orc?oldid=4561"
Community content is available under CC-BY-SA unless otherwise noted.