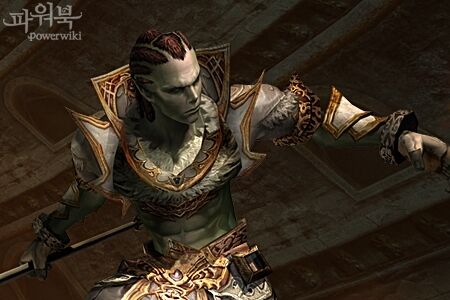 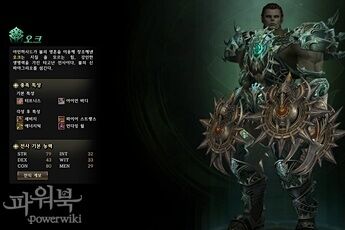 Regardless of gender, all Orcs are trained in their youthto become fighters. Based on the race's unique power and physical strength, Ocr Fighters receive special training in double-bladed fist and blunt weapons. Combat gloves or cestus are used while learning Tangsu, a martial art. Some Orcs wear tattoos of magical significance, which are carved into different parts of their bodies.

Play style: No one can match the might of an Orc Fighter when it comes to pure physical strength. With their unflagging endurance and their incredible stubbornness, they are a fearful presence on the battlefield that no one wishes to face. However, since their dexterity is low, they have slow attack and moving speeds. Their hit rate and evasion are low as well. 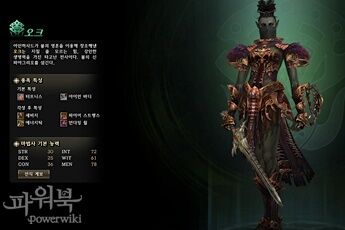 An Orc Mystic is a trainee priest in the temple of power and fire. Unlike Paagrio Monks who are selected from strong warriors to become priests and warriors at the same time, Orc Mystics are sent to the temple at a very young age. They not only receive education on the teachings of the god of fire and power, but they also leant the magic system that is unique to the Orc culture. Of course, all Orc Mystics also receive basic combat training as member of the Orc race.

Play style: Their command of ancient magic has given Orc Mystics tremendous political influence within Orc society. As Orcs, they are physically stronger than mystics of other races, but most believe their magic effects to be weaker. .